Get a head start for your kids!

Create Your Very Own 3D Game!

Almost every kid plays Clash Royale. Building up their own clans and challenging one another gives amassed joy and fun. Why don’t we give the kids an opportunity to create their very own 3D games like Clash Royale?

We have designed the course to be 16 hour course; to be conducted over a 2 day duration.

Create Your Very Own 3D Game!

Gaming has evolved over the years since the introduction of arcade games. In the past, simpler games can easily satisfy a kid’s interests. In today’s gaming world, kids will get to enjoy playing games using Virtual Reality. In fact, they are more engaged with 3D games. The gaming industry has definitely advanced rapidly. At KidsCode, we would like to introduce your kids to the Unity gaming engine. In fact, Unity has often been referred to as the best video game engine. Some of the popular games made from Unity are:

Over at Kidscode, we do understand that game addiction is a social problem. Thus, instead of getting the kids to be mere users of the games, we strive to get them to take ownership of the technology. We will get them to think creatively to build a game from scratch. We will constantly advocate “RESPONISIBLE” playing.

How do we at KidsCode impart our knowledge to your child?

– A game over screen 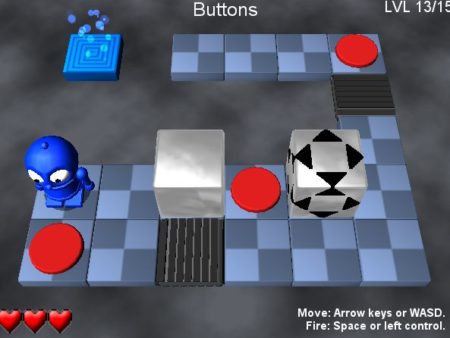 We suggest taking up App Creation for both iOS and Android, another mobile app development course.

Makey Makey Will Make You Love The “Internet Of Things”

The Internet Of Things Meets Hydroponics: How To Grow A Better Vegetable